For the graduation of two different courses it is the intention to optimize two different production processes. For the course in mechanical engineering at the HAN University of Applied Sciences the paint shop is optimized. Enterprise Dynamics is very suitable for this because during the process the new paint shop still had to be realized. By means of simulations, the most optimal control and product flow could be determined, making sure that the new paint shop could deliver good and efficient work from the start.

For the second course in technical business administration at Saxion University of applied Sciences, the goal is to determine whether it is profitable to implement a 3D print production in the process. The Enterprise Dynamics simulation model was used to determine the batch size for the 3D print process in order to produce as efficiently as possible and to maintain stock in the 2Bin system of assembly lines. On the basis of the results of the simulations it could be determined whether it is profitable to invest in the implementation of a 3D print production in the production process. Both assignments were carried out within the company Van Raam which is the global market leader in the production of customized bicycles for people with disabilities.

Robin Rust continuous using Enterprise Dynamics. Currently Robin Rust is following a Master Industrial Engineering & management at the University of Twente where he continues strengthening his knowledge in simulation.

Van Raam was founded in 1900 as a blacksmith’s shop in Amsterdam. In 1933 the first bicycles were made in Amsterdam. In the seventies the company moved to Aalten and started producing bicycle frames. In 1984 Van Raam was taken over by P. Boezel and started to specialize in the design and production of adapted bicycles and frames. In 2004 Van Raam moved to Varsseveld, after which it moved to its new premises in Varsseveld in early 2019. This building has a size of 13,500 square meters and has 150 employees. The Van Raam bicycles are all available as electric bicycles.

Van Raam is a family business and is the global market leader in the production of customized bicycles for people with disabilities or who are looking for more stability and security. Van Raam has been proclaimed by the Ministry of Economic Affairs, Agriculture and Innovation as the fourteenth most innovative company in the Netherlands. 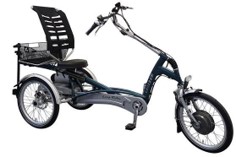 The simulation software of Enterprise Dynamics was used to determine how these two innovations can best be used. Figure 1.3 shows the simulation used for the paint shop. This is structured as follows. In order to simulate a process as well as possible, all possible variations and demand patterns must be taken into account. The normal distribution is used for the capacity demand of the different assembly lines. The normal distribution is used to look at the reliability of a system. This is done by means of the standard deviation.

A requirement is that the employees of the spray booth work 85% of the day. In order to organise the flow of the paint shop as efficiently as possible, the outgoing products from the cooling tunnel have priority over the incoming products from the 1st part of the track.  The products from the cooling tunnel go either directly to the spray booth for the next layer, or first through the sticker lane, or to the assembly lines. By giving priority to these products, it is ensured that the products are occupied by the system and the employee(s) as soon as possible. This is also the reason why buffer 3 has priority over buffer 2 and buffers 2&3 again have priority over buffer 1.

In addition, the system has been designed in such a way that if batches are used, they will always stay together. When the first product of a batch passes a point where several products can enter at the same time, all other inputs are temporarily closed until the batch in question is complete.

Through the simulation program, several scenarios were tested for a production time of more than 2400 hours. The best scenario is determined based on an optimal flow in which almost no intermediate stock is needed and all internal processes are well attuned. In the best scenario, only safety stock is used and Just in Time Delivery continues to be used, drastically reducing production time and stock levels. It will be easier to achieve a higher output. 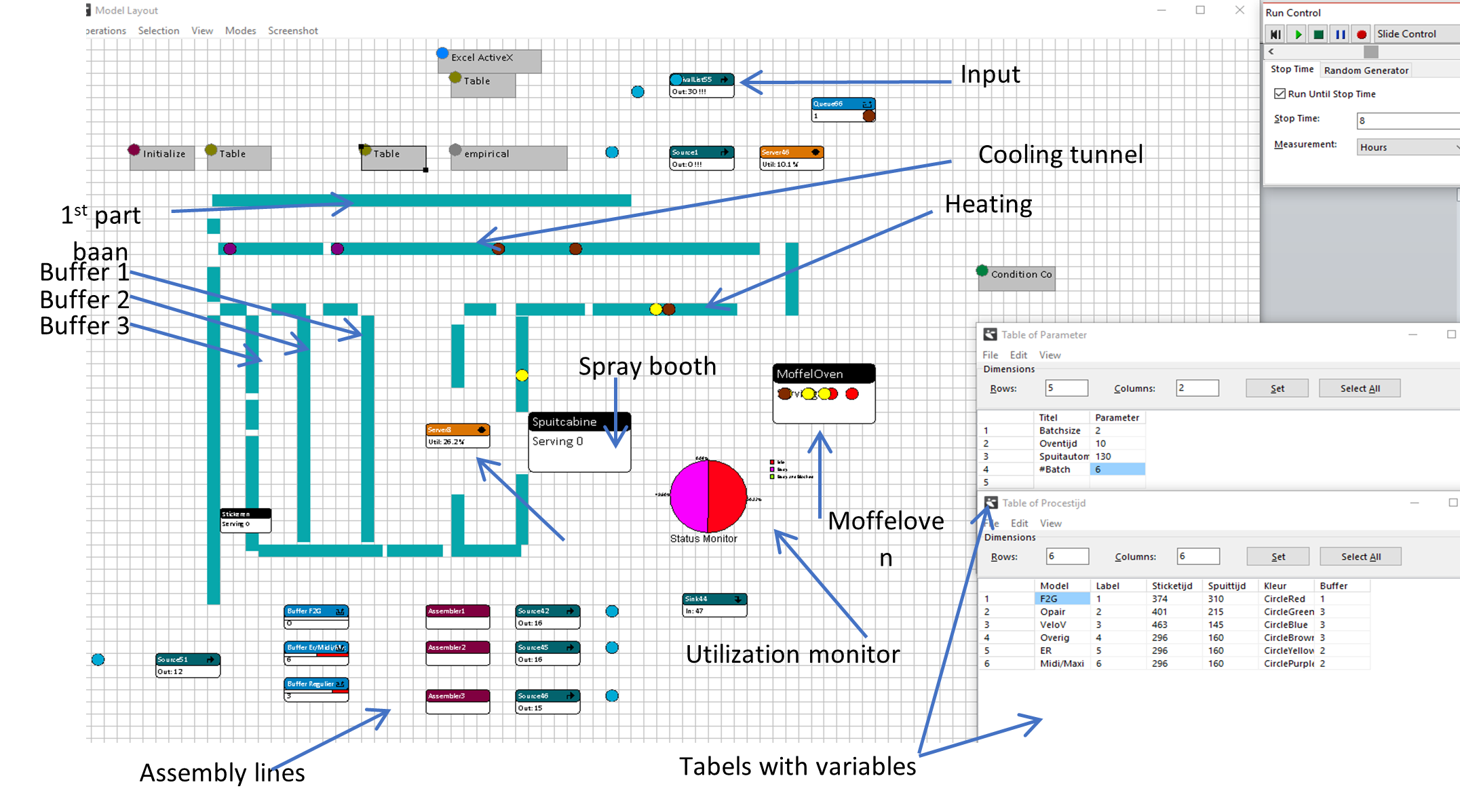 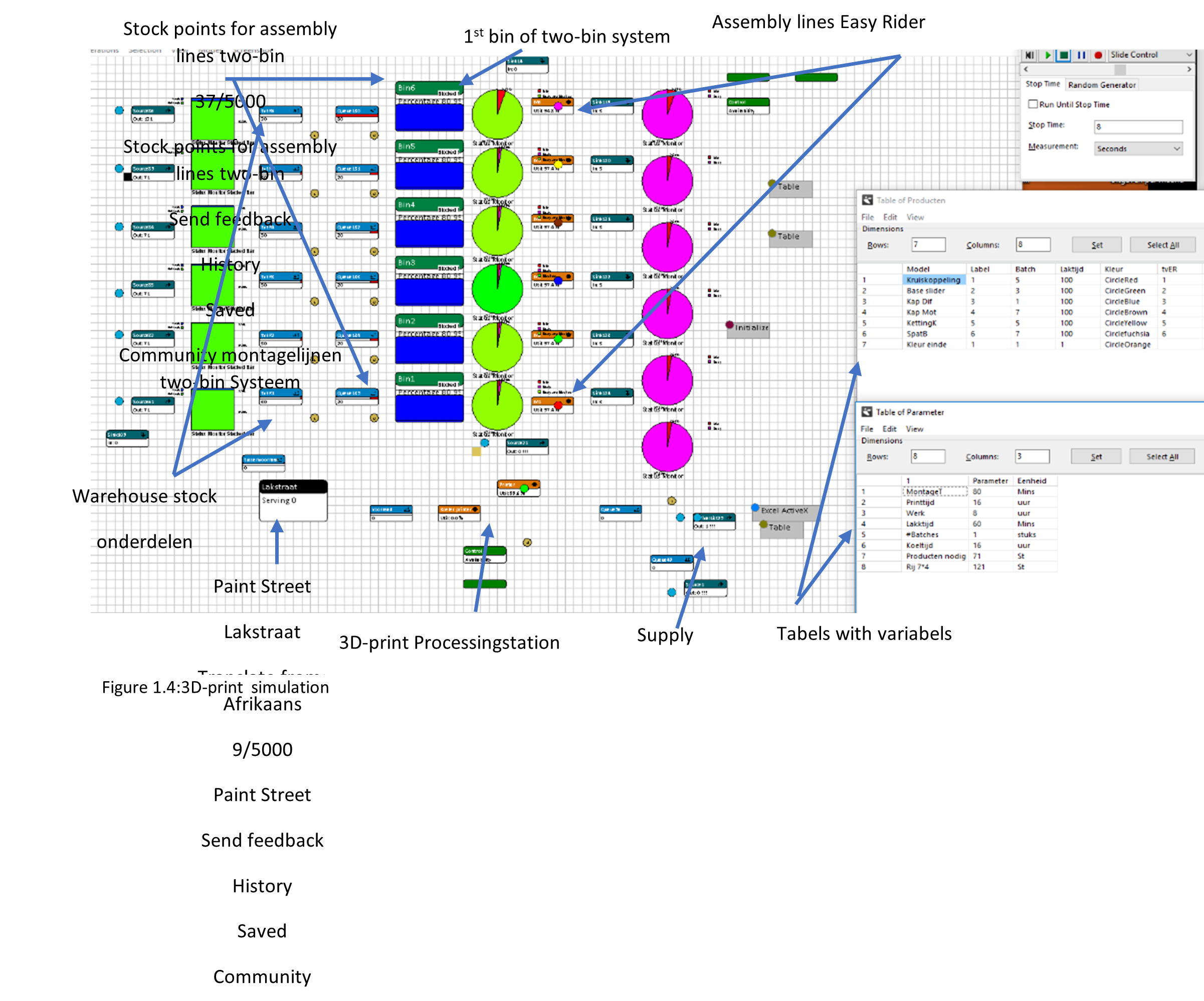